When it comes to technology and the internet going hand in hand, there is nothing that goes without the use of the term Google. So Google Maps have been used by the world of smartphone users for more than a decade now. The app technology of google maps also remains significant as the leading navigation app for any smartphone. It is very universal and as per some recent updates, a new update will enable your google maps to have it’s own car mode. So the User Interface that google will update will make your google maps more car-friendly. Read more to find out in this post.

The new navigation system is also in tune with the fact that so many people use google maps as a car navigation tool get from one place to another in almost all their daily lives, on on routes that are unfamiliar. The new Google Maps UI is based on a system that is similar to Android UI. The change is seen after Google Maps system has included a COVID layer feature and the developers have made this change. 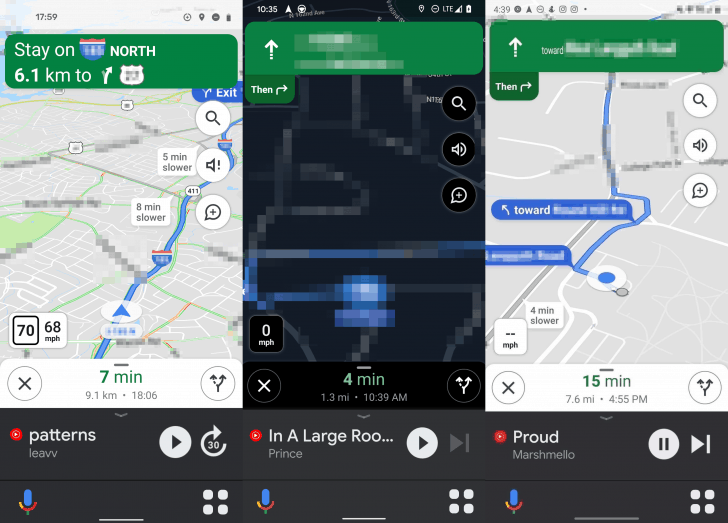 Many people who do not have a smart navigation system in their cars already use android smart phones and a Google Maps app, so it is a good thing that google has taken notice and made it into a compatible update.  This practically eases the operation of Google Maps app while driving, it will use a DeepMind UI deployed by google. Google Maps already has a traffic detection system which alters your arrival time, best route, shortest route etc according to changing traffic and busy times.

The new update will add 3 buttons such as the menu screen, voice search and a back to navigation button for the new car mode. The updates will also enter a new music mode in the app. For more interesting content and news updates like this do check our main page and let us know what you think in the comments section below.

Sony And Marvel Adding Spider Woman and Venom 2 to the Sony Spiderverse!!
Sony Pictures Denies The News Of Andrew Garfield And Tobey Maguire Appearing In Spiderman 3
Apple iPhone 12 Leaked Images And Specifications Before September Launch
US Lawsuit To Be Filed Against Google For Monopolizing Ads & Search